The Writing on the Wall...and the floor, the door and the hearth

Laxfield & District Museum is very pleased to have a 19th century calf shed door in its new folklore exhibition exploring some of the ways people sought to protect themselves and their animals from evil and harm in times gone by.

The door has interesting markings, scribed to protect the animals.  It has featured in a number of publications as well as the Ashmolean Museum’s recent exhibition on ritual called Spellbound. Alongside the door, we have further examples from local houses of similar symbols called Apotropaic marks used to keep people safe from any malignant forces such as witches. The display includes Bellarmine Jars, bonnets and shoes found in chimneys and other protective charms. 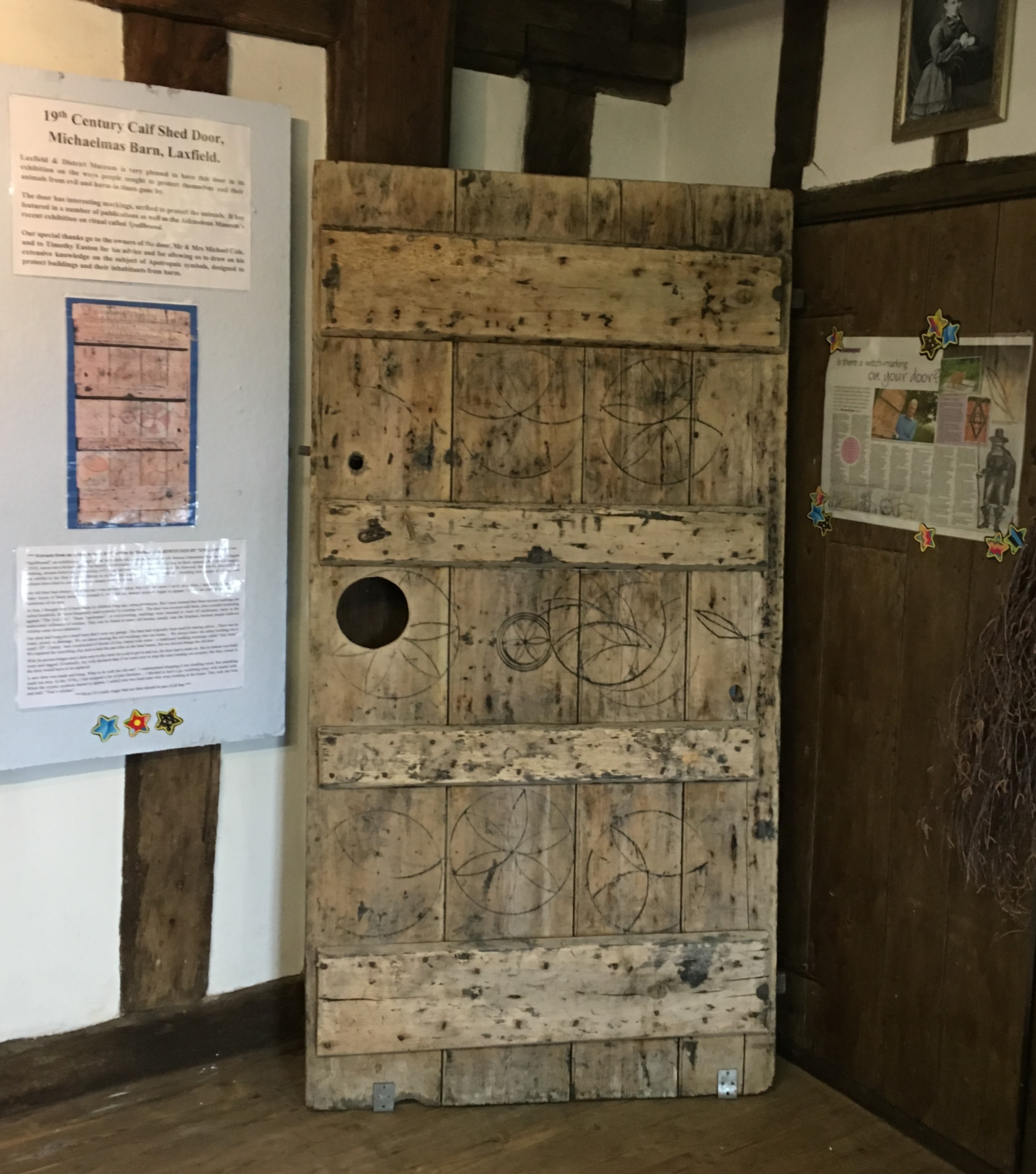 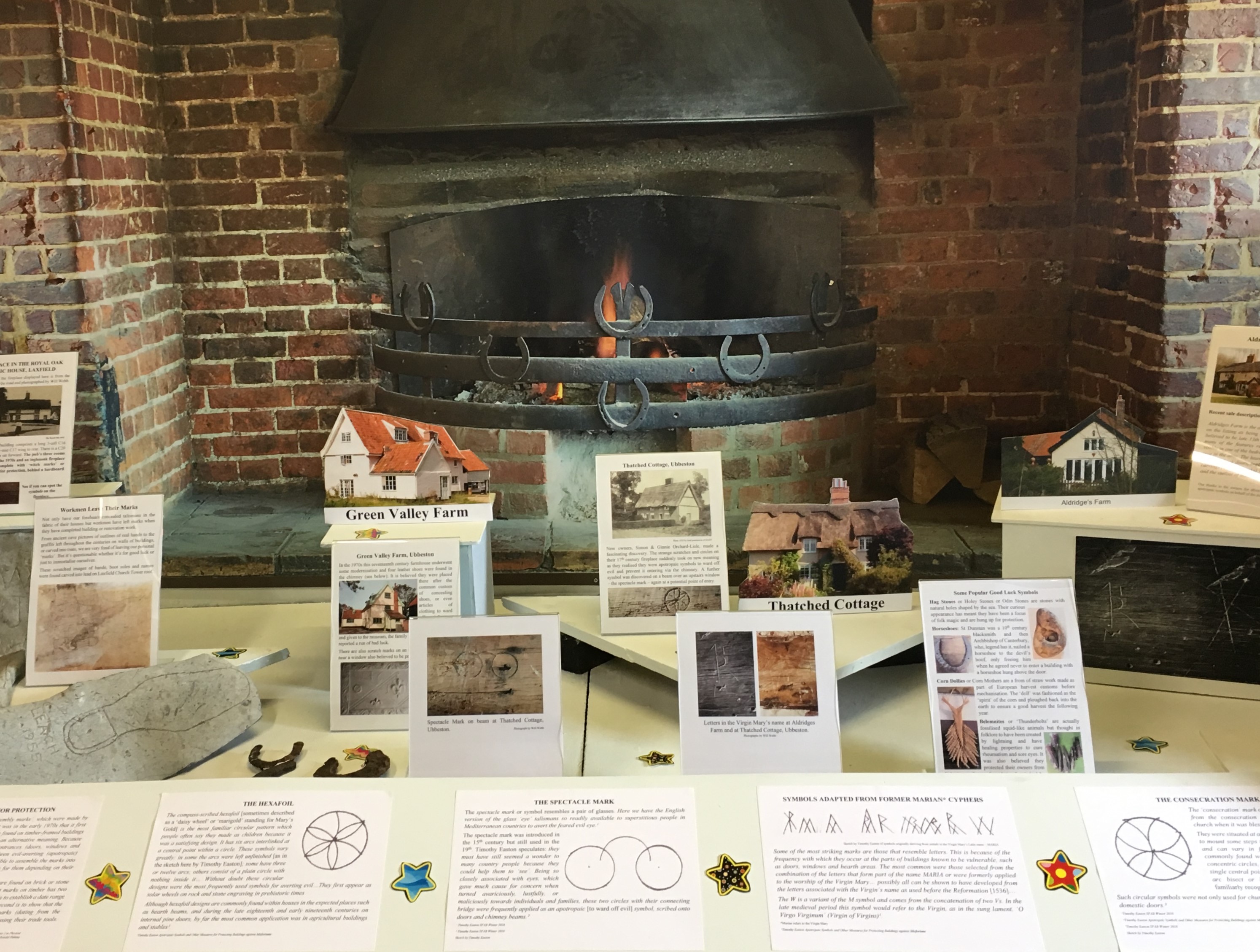